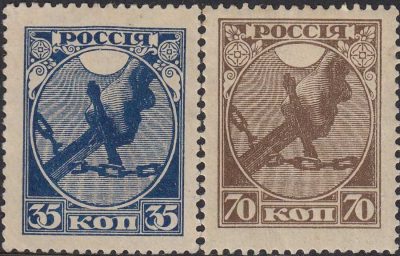 The set of two stamps (35 and 70 kopecks) were prepared by Provisional government, but were approved and issued under Russian Soviet Federative Socialist Republic authority.

The stamps were issued on November 7 and had been in use during a short period due to the change of postal rates.

The forgeries and cancellations of both stamps are known and more valuable than regular stamps. 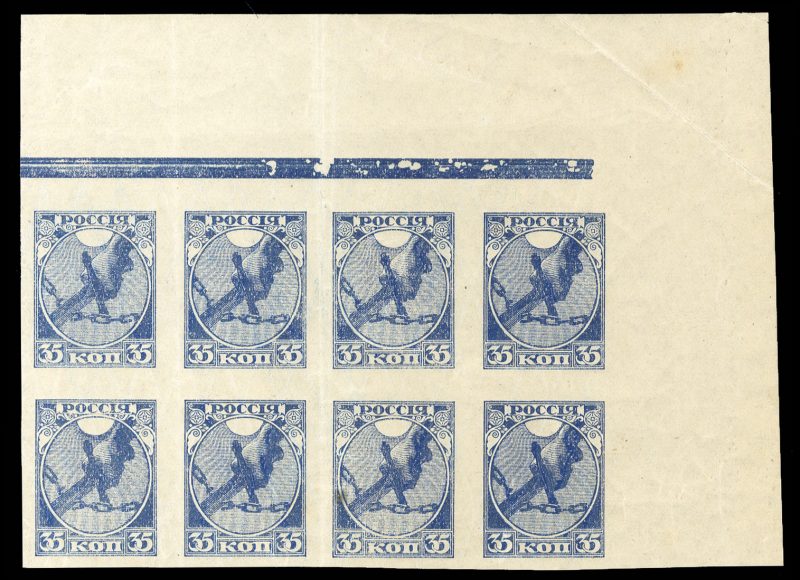 1918 35k blue, imperforate top sheet corner margin block of eight, folded between stamps in the middle, stamps n.h., one with a natural translucency. This is the largest known unused imperforate multiple of the first RSFSR stamp (Zverev catalogue CV $20,000 for two blocks of four) 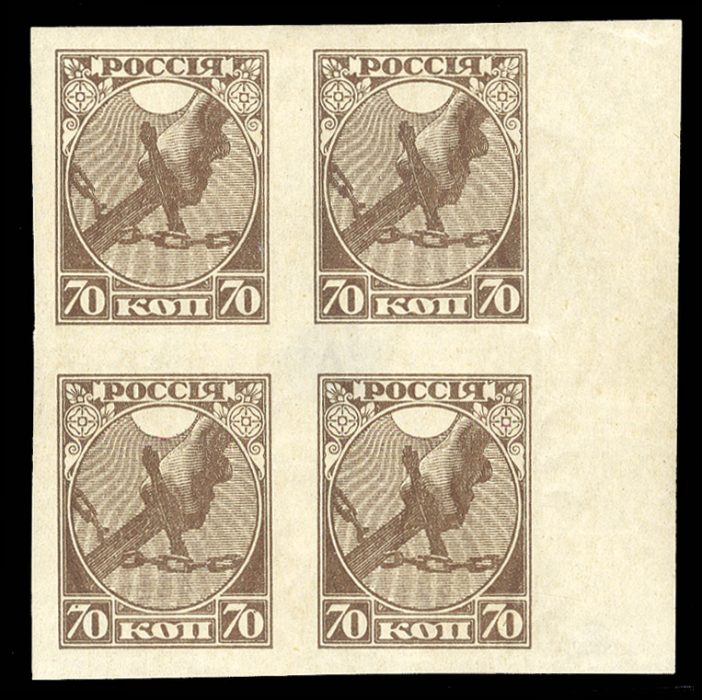 1918 70k brown, imperforate right sheet margin block of four. Only one sheet of 100 imperforate stamps were printed. This imperfated block is one of three known. Zverev catalogue CV $120,000 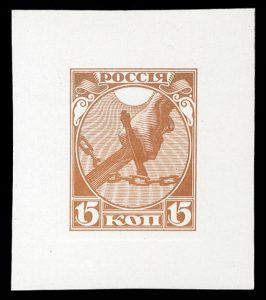 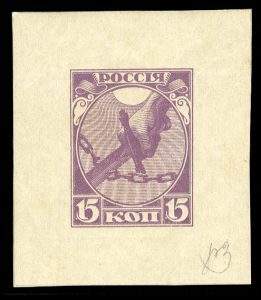 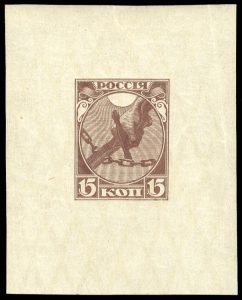 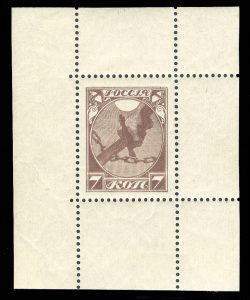 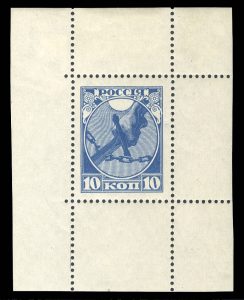 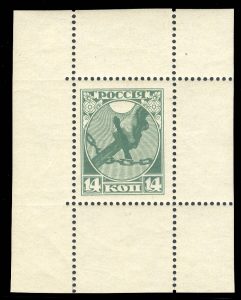 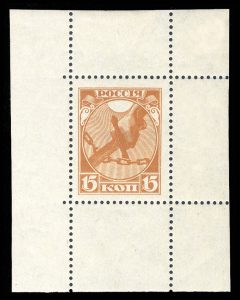 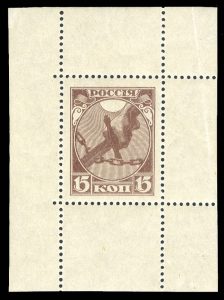 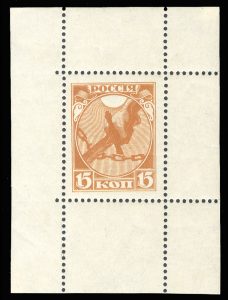