This set of very high denomination definitive RSFSR stamps was issued during the hyperinflation months of 1922. The design of the new denominations features the allegorical representation of the political slogan “Workers of the world, unite!” 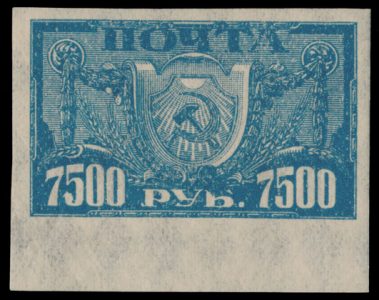 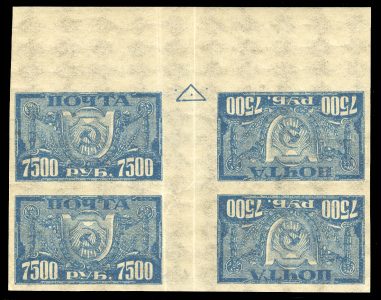 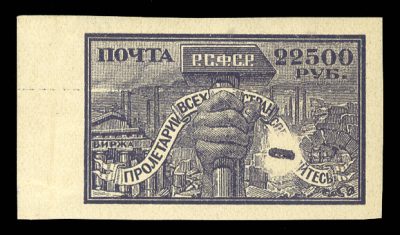