The lower part of the Postal service logo on stamps issued before 1889 year.

The lower part of the new Postal service logo.

The main difference between this issue and all previous numbers: the new stamps get redesigned logo of the Postal and Telegraph Department (the Imperial Russian double-headed eagle above two crossed post-horns with thunder-bolts). 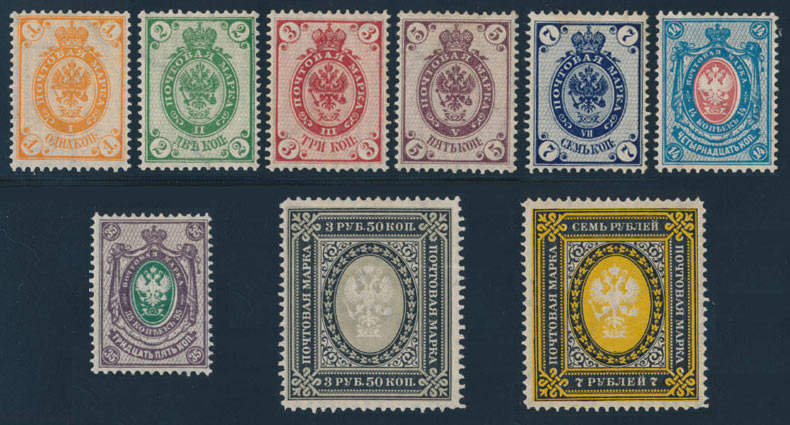 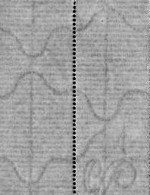 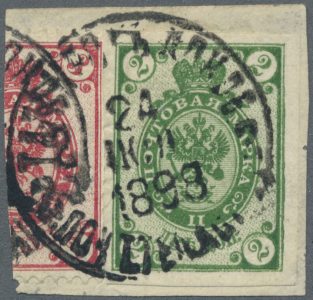 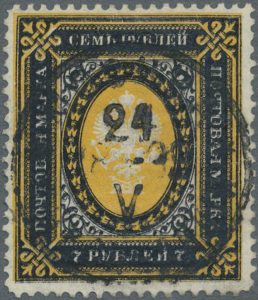 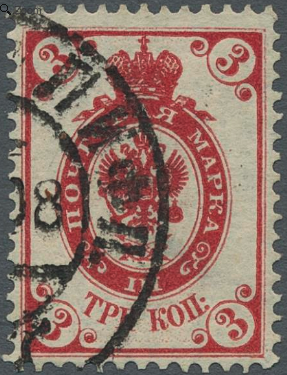