Design: The emblem of the Postal Department, a double-headed imperial eagle and two crossing post horns below, embossed in white oval center on the colored background and surrounded by the imperial mantle topped with a crown.
Designer and engraver: F.Kepler.

These typographed stamps printed on a white loose paper with a different thickness (from 0,08 to 0,11 mm) and gummed by white transparent gum, measures 16.3 mm wide by 22.4 mm high. The stamps were printed on sheets of 100, four 5×5 blocks. 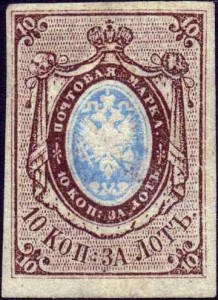 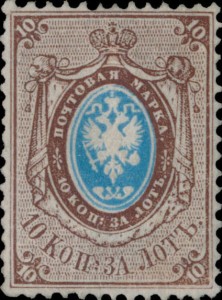 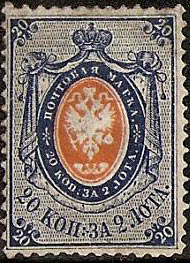 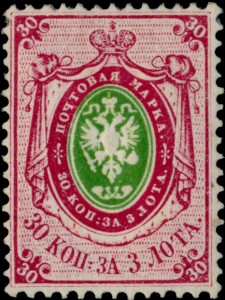 The printing started in November 1857 on hand-made paper. The stamps were printed using two cliches: the first one were used to print a double-headed eagle and the second used to print background and all other parts of design. 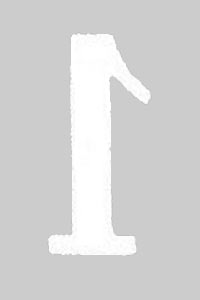 The printing paper with “1” watermark for 10 kop. stamps (front view)

The first Russian postage stamp was officially issued on December 22, 1857, by the circular of the Postal Department “On the bringing of postal stamps for the common use” that also directed the following:

Starting from 1 January of the next year 1858, usual private letters to all the places of the Empire, the Kingdom of Poland, and the Grand Duchy of Finland brought to the post in usual envelopes or without envelope at all just with addresses written on the letter itself should be sent only with the stamp corresponding to the letter weight.

The stamps went on sale 10 December 1857, but officially people started to use them to pay internal correspondence in Russia on January 1, 1858, and on March 1, 1858 in the Caucasus, Transcaucasia, and Siberia areas. 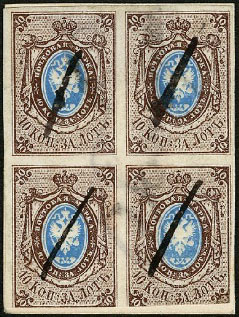 I and II plates. The first plate has an additional vertical short line, which was removed from the second plate. 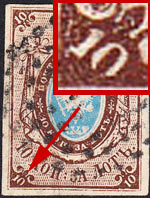 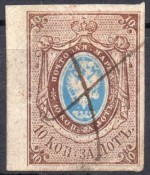 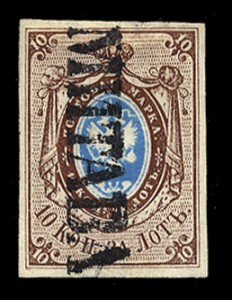 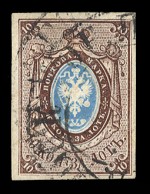 Forgeries of all stamps are exist. 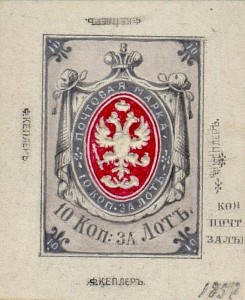 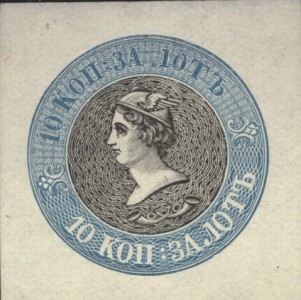 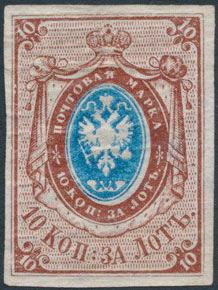 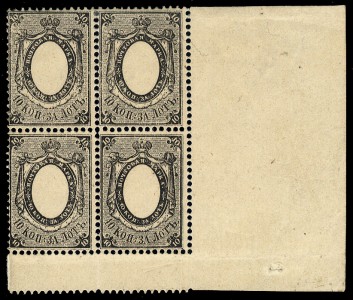 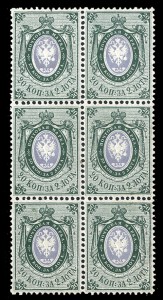 20k lilac & green, perforated and gummed proof on unwatermarked paper, vertical block of six. A multiple of second issue proof. Of the one sheet of 100 printed, this is the second largest multiple (a pane of 25 also exists).