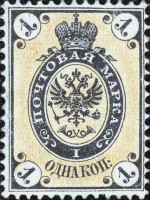 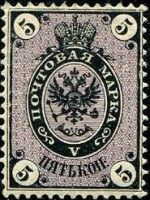 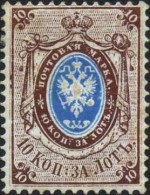 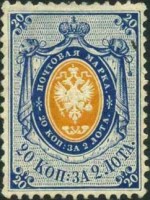 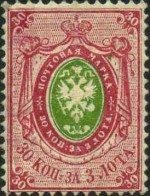 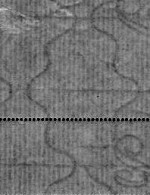 All stamps were printed on white paper with a vertical laid watermark. That is the main difference with previous fifth issue (and slightly different perforation). 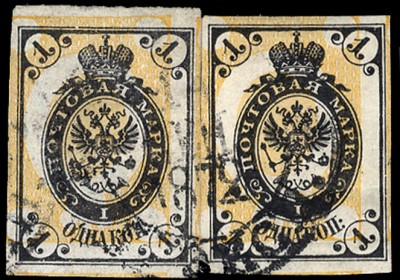 The 1k stamp, imperforate with inverted and shifted background, two copies, both with large margins all around, cancelled "Moscow, 1 September, 1872" and affixed on piece, a striking double error (imperf. and inverted background), only a few exist, these probably the finest known, with sharp impression, with Mikulski certificate. Sold on Cherrystone in April 2011 for $24,000.00.